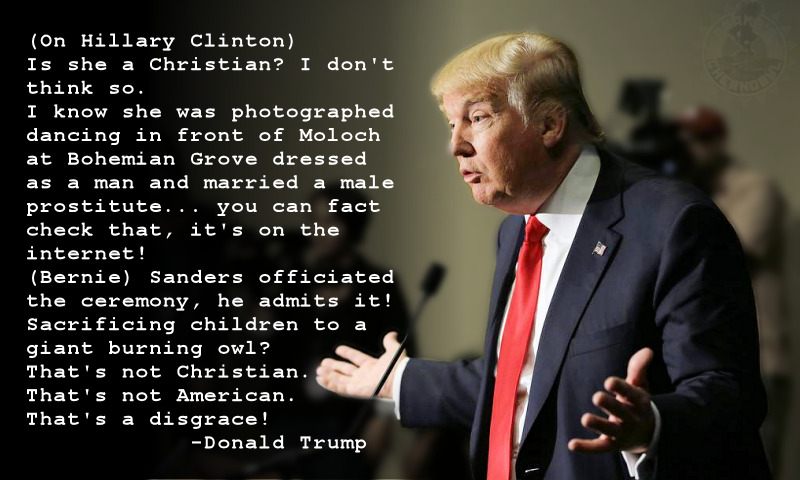 (On Hillary Clinton) “Is she a Christian? I don’t think so. I know she was photographed dancing in front of Moloch at Bohemian Grove dressed as a man and married a male prostitute… you can fact check that. (Bernie) Sanders officiated the ceremony, he admits it! Sacrificing children to a giant burning owl? That’s not Christian. That’s not American. That’s a disgrace!”

Yikes! We didn’t think things could get any worse for Hillary but the Donald does it again! Looks like you’re fired (again) Hillary!